THE STORY BEHIND THE TARGET

Almost every movement has a symbol which its members can wear as a badge of honour. A way to identify others as "One Of Them". For the Mods, this icon was undoubtedly the target. Now so synonymous with Modernism – it is almost impossible to separate one from the other, the story of the target’s birth and association with the movement is nowhere near as clear cut. MOD TARGET: THE ORIGINS
Perhaps unsurprisingly, the target’s origins can be tracked back to the military. During the First World War, the French aviation authority faced a problem with French troops shooting down their own aircraft. To make it easier to ascertain which plane was their own, a roundel, adorned in the colours of the Tricolore, was added to help distinguish its planes from those of the enemy, to great success.

The Royal Air Force were having similar issues, and added a Union Jack to their plane’s wings to make them stand out from ground level.

However, this too didn’t work out as it looked to similar to the decal on the German’s planes from a distance. It ended up being very much a case of if you can’t beat them, join them, and the RAF decided to go for the same symbol as the French planes, but with the blue and red swapped round. A Union Jack was also added to the rudder for an extra hint of Britishness.

MOD ADOPTIONS
How this symbol was adopted by the Mods is up for debate. While an official story signed off by all parties is yet to be agreed, there is one version of the story that seems fairly plausible.

At the turn of the 60s, pop art started to grow in popularity. American artist Jasper Johns was a frontrunner of the movement, with his work featuring many nationalistic symbols including the target.

Peter Blake was one of the biggest British names on the scene, going on to produce artwork for both the Beatles and Paul Weller among a host of others, and his pop art stylings also used the roundel to great effect.

With the emblem now firmly in the consciousness of those in the know, the story goes that the Who’s management persuaded the band to adopt the logo, adding it to t-shirts and album artwork as they went.

As one of the biggest bands on the scene, it was only a matter of time before the target filtered down to the band’s fans, and so the link between Mods and the target was made. Weller and his band The Jam, the Small Faces, the Kinks and a host of other Mod-influenced bands would also sport the now famous blue, white and red circles, and ever since it’s been heralded as the ultimate calling card of the Mod. THE TARGET TEE
What better way then, to show your allegiance to the Mod cause, than with a t-shirt emblazoned with the target logo.

Ben Sherman has long been the go-to brand for Mods, and as you'd expect we have a huge range of tees featuring this classic decal.

Whether you're a purist in search of the classic target logo or you prefer a modern take with our target record t-shirt, you'll find your perfect t-shirt here. 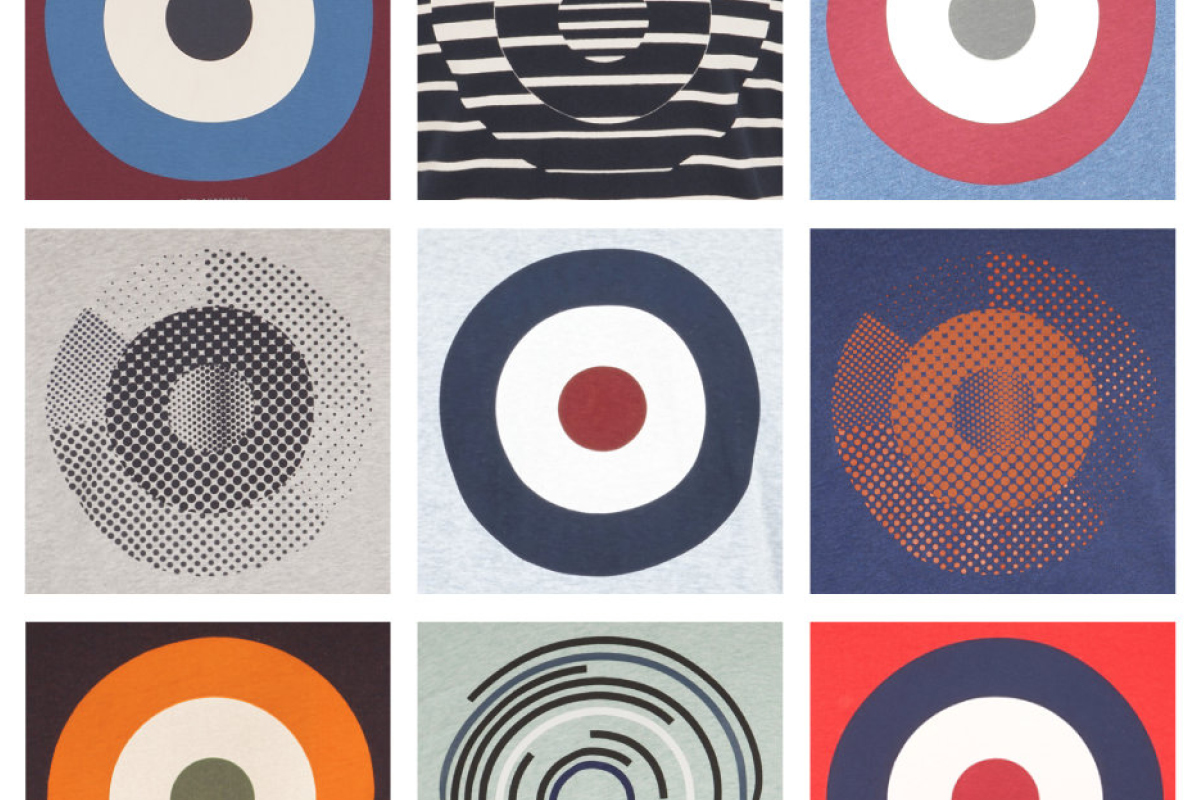