For our ongoing ‘The Series’ project, which celebrates individuals of substance and style, Oyster Magazine sat down with a bunch of Australia’s most exciting young music artists. This week we are hearing from Genesis. Genesis Owusu (real name Kofi Owusu-Ansah) is a Ghanian-born Australian rapper and one of Australia’s most inspiring and talented young acts. He is known for his incredible sense of style and unpredictable live shows, not to mention a sound that evolves rapidly from track to track. He spent most of iso at home in Canberra working on new songs and “ignoring emails” as a form of self-care. Still, he also found the time to release his latest single, ‘Whip Cracker,’ featuring lyrics that speak to issues of racism and police brutality. Although released amidst increased attention on these systemic problems, he noted upon the release that although he created the song over the past 2 years, the issue  “frustratingly doesn’t get less relevant.”  Up next from Genesis will be his debut album, for which he’s enlisted the helo of some of Australia’s best and brightest — including Kirin J Callinan, Touch Sensitive, and Julian Sudek from World Champion.

So, are you still making music at the moment?

Yeah, I’m still chipping away. The current situation has definitely cleared a lot of time for work. However, it’s also a time where people have had their livelihoods and lives swept from under them. I don’t think artists should feel pressured to do anything. People gotta collect themselves.

If your life were a movie this year — since it definitely feels that way! — what would be on the soundtrack?

Did you have any favourite movie soundtracks growing up?

I was never a huge movie guy — I’m actually spending a bit of this time catching up on a bunch of classic movies that everyone’s been telling me I should watch all my life. The greatest soundtrack of my life actually came out in a 2002 Xbox game called Jet Set Radio Future. It was set in future Tokyo, where freedom of expression has been outlawed by a totalitarian government. You play as a gang of rollerblading, dancing, graffiti artists, who battle other gangs of rollerblading, dancing, graffiti artists for turf, as well as the police and government, all while listening to this pirate radio station hosted by a guy named DJ Professor K. The soundtrack was obviously wild as fuck. Experiencing that as a four or five-year-old really altered the course of my whole life.

What other artists or songs really inspired you as a kid?

My parents raised me on a lot of MJ [Michael Jackson], Ray Charles, Bob Marley, as well as African and gospel music. My first ever favourite song was ‘Gravel Pit’ by Wu-Tang Clan, though. It was saved to my Xbox for some reason, and even though I didn’t know what Wu-Tang Clan was, five-year-old me liked it. Wu-Tang really is for the children.

Back then, was there one specific moment — or a chain of events — that led you to want to pursue music as a career?

I was raised around music, and my brother was already making music. When I was in primary school, he had already jacked our family study and made it into his own studio that he called the Beat Lab. One day I was walking past while he was making a track, and he told me to write a verse for it. I ended up writing it later in a public toilet, and we recorded the track and put it on the internet somewhere, which ended up getting a little buzz. A guy named Nic Vevers, who used to work for ABC, hit my brother up to direct a music video for the song, and we ended playing a couple shows off it. I was 14 at the time, so I was playing shows in venues I shouldn’t have been allowed in. Playing shows and dropping tracks here and there just ended up becoming a regular occurrence for me throughout high school — one of the tracks even ended up getting me into the Top 5 of Triple J’s Unearthed High competition when I was in year 12. So, I always loved music, but thinking back, I guess I kinda fell into it as a career, which was easily the best mistake of my life.

Is fashion an essential element for you when you’re onstage?

The live show is where I play the music I make, but I hold it as a separate art form, almost like theatre. I try to tell different, but complementary stories, so fashion is an important element in that realm. The hype men I perform with — my goons — and I wear matching uniforms, that change depending on what story we’re telling. And right before we go on stage, we always play ‘Feel The Love’ by Kids See Ghost to set the mood just right.

Do you have any pieces that are especially important to you or make you feel super good when you wear them?

Yes, all the clothes I have from Ghana (my home country). Also, Tkay Maidza sent me her ‘Awake’ merch pants, and they’re so sick.

What about your personal style — are you more likely to go for classic, wear-forever pieces, or do you like to update frequently with new trends?

Speaking of timeless, Ben Sherman’s latest range was inspired by key influences from the ’70s and ’80s — what do you love about the style from that era?

The colours and shapes of everything, music included. It’s also more difficult than it should be to find good men’s flares now, so I envy the era for that.

And if you had to pick a favourite 2020 piece from Ben Sherman…?

The check tailored coat is tight. You mentioned that things you have from Ghana are of particular significance to you — how has the combination of Ghanaian and Australian cultures influenced you musically and personally?

I immigrated to Australia as an outsider — a label I soon realised I could reclaim as a positive. Having these two vastly different homes and growing up with whatever circumstances I grew up with, moulded me. What I do now, is showcase all the sides of me, and that comes through in the music and whatever other creative outlets, like fashion. Many of my clothes are Ghanaian, so even getting dressed, mixing the African threads with the Western, is a display of culture. 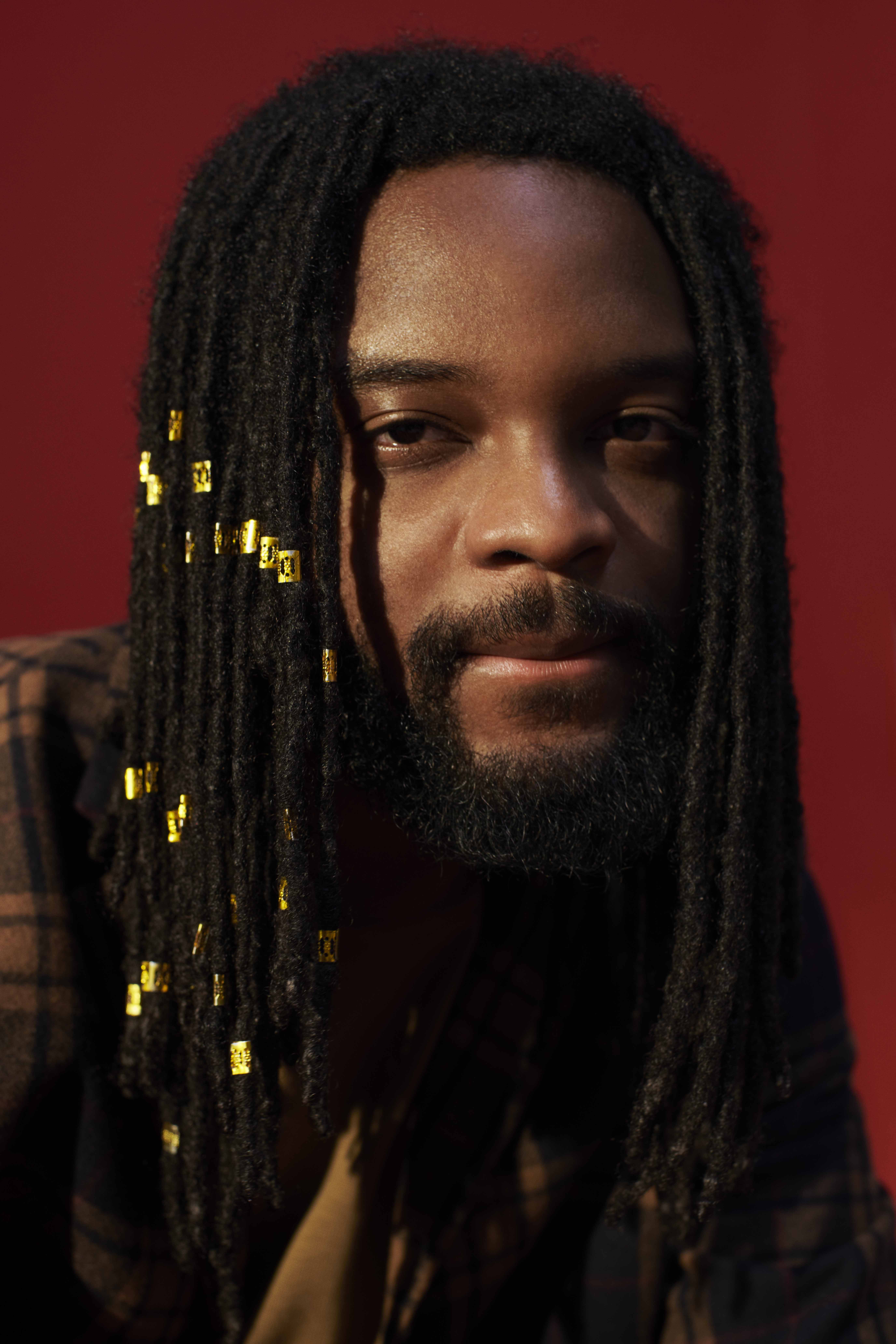 Outside of music and fashion, what do you enjoy?

Writing was always my thing — English was always my top subject, and I got a Bachelor of Journalism and all that. And I’m pretty sure I’m undefeated in Scrabble.

I’ve been playing so much Scrabble the last few weeks! What have you been doing to find joy over the past few months?

I’ve been teaching my girlfriend how to play all my old video games, which is fun. She’s really sweet and gentle, so it’s been amazing to find out how fond she actually is of killing everything with a machine gun.

How can we support artists like yourself as well as the wider music industry through this crazy time?

Buy everyone’s merch and music. Shout out to Australian artists in particular — so many gave their services and talents out for free at the start of the year to raise money for bushfire relief, only to have their stage taken by COVID-19 so soon after. So, don’t forget about the artists (especially the smaller artists) by the time this is done.